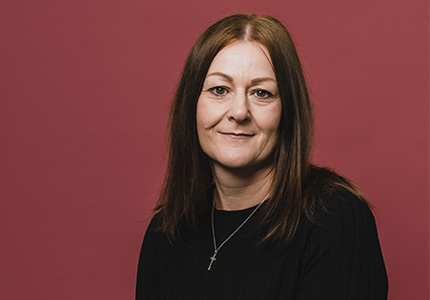 I attended classes at Goole College in RSA typing and word processing in the 1990s when my tutor recommended me to one of the Partners of Heptonstalls in 1995 and I began working at the firm on a temporary basis.

I then obtained a permanent position in 1997 initially working as a secretary in the family department, later in a typing pool and then working as a secretary for Shaun Pinchbeck who specialises in employment and criminal law, a role in which I have remained for around 19 years. The private client department of Heptonstalls transferred to Symes Bains Broomer in November 2020.

In my free time I enjoy going to concerts and campervanning, Whitby and Robin Hoods Bay being particular favourites.

We use a range of cookies to improve your experience of our site. Find out more.